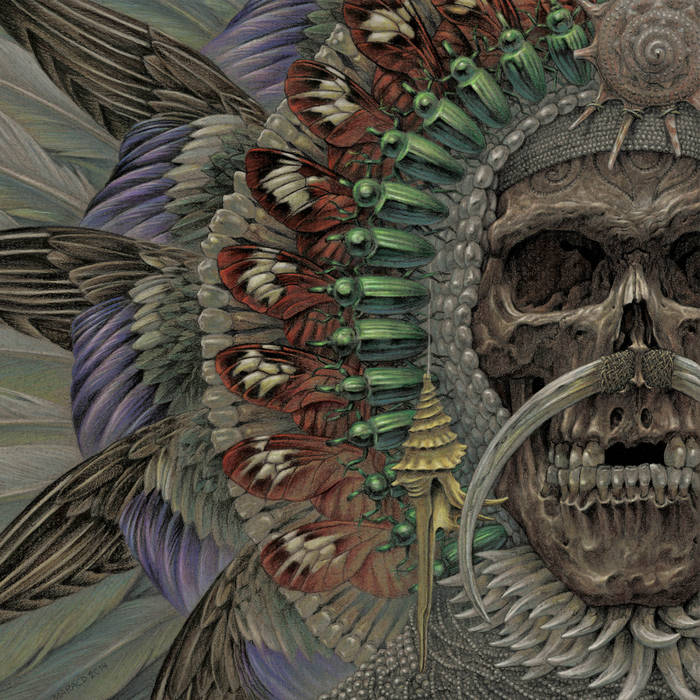 Heddbuzz Been looking forward to new Ortega for a long time. Too long. Let's do this... Favorite track: ORTEGA crows.

"Sabina found him in the corner of his xacalli, shivering and staring through a hole in the roof.

For as far back as he could remember, the rains had brought the means to communicate. Yet these days, after her passing, the gods were wilful. They had always been, of course. But not in obstinate silence.

His last handful should have lasted him two moons, at least. But yesterday he decided to walk the path to its fullest extent. He tread lightly at first, yet as his third eye opened he glimpsed the passing horizons' glare. He lost his footing, and tried to grasp the threads that bound him to the sky. Flailing, the maelstrom embraced him as the crows circled his path.

"They are still silent, as am I. The beast, it whispered in the void. I recognised it all"

As he swayed through the night, his whispers tugged at her dreams of rain. She shivered in silence. "

Since 2007, Ortega have been exploring the murky depths of humanity's longing for the horizon. Perilous courses which drag carcasses ashore, sojourns that tell of the bells that chime on the sands below, collisions of doom, sludge and noise that tell tales of abyssal mankind.
Now, Sacred States is the first glance upwards. But whereas the depths below are finite, the chasms above ridicule every human attempt to realise itself. Whether he looks above or inside, the void remains. The tentative grasps into the great unknown will never hold anything but pain, and Ortega recount every step into the understanding of this fate that we turn away from more often than not.